The target version of the game will be even more extensive. New cities and functions such as events, contracts, achievements or rankings will be added. Thanks to that I hope that the game will become more complicated and it will be more and more challenging to achieve the goal. But it will also bring more fun and entertainment. But as always, I remain open to your suggestions and ideas to improve the game itself or the elements of the game.

In order to achieve this, I think that implementing new content should not take more than a few months. I think the first major update should appear later this month.

And on this occasion I would like to present more screenshots and a new trailer. 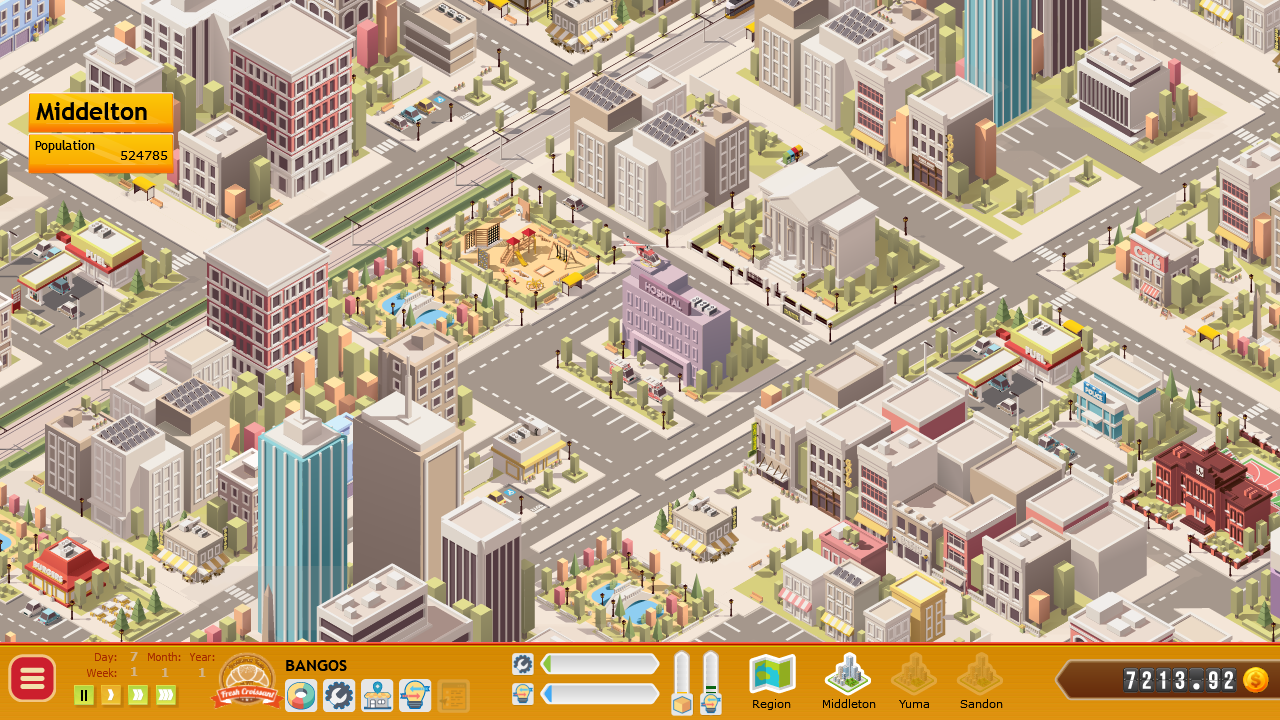 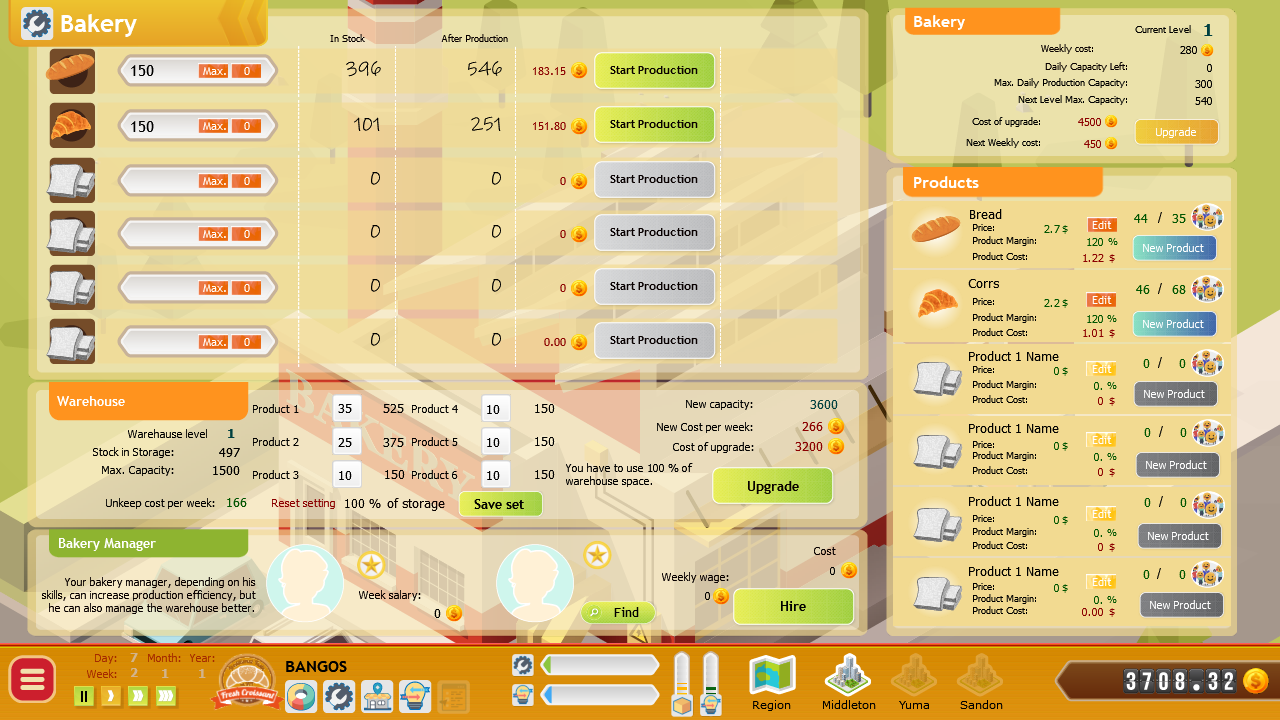 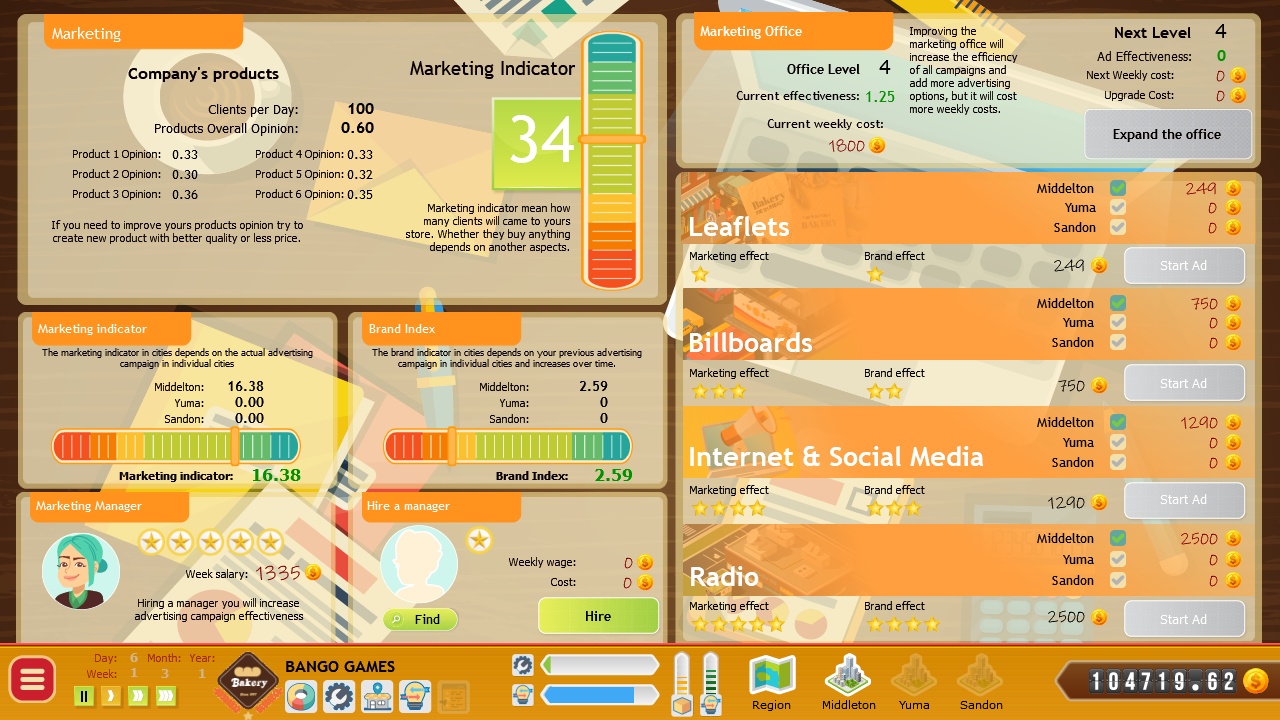 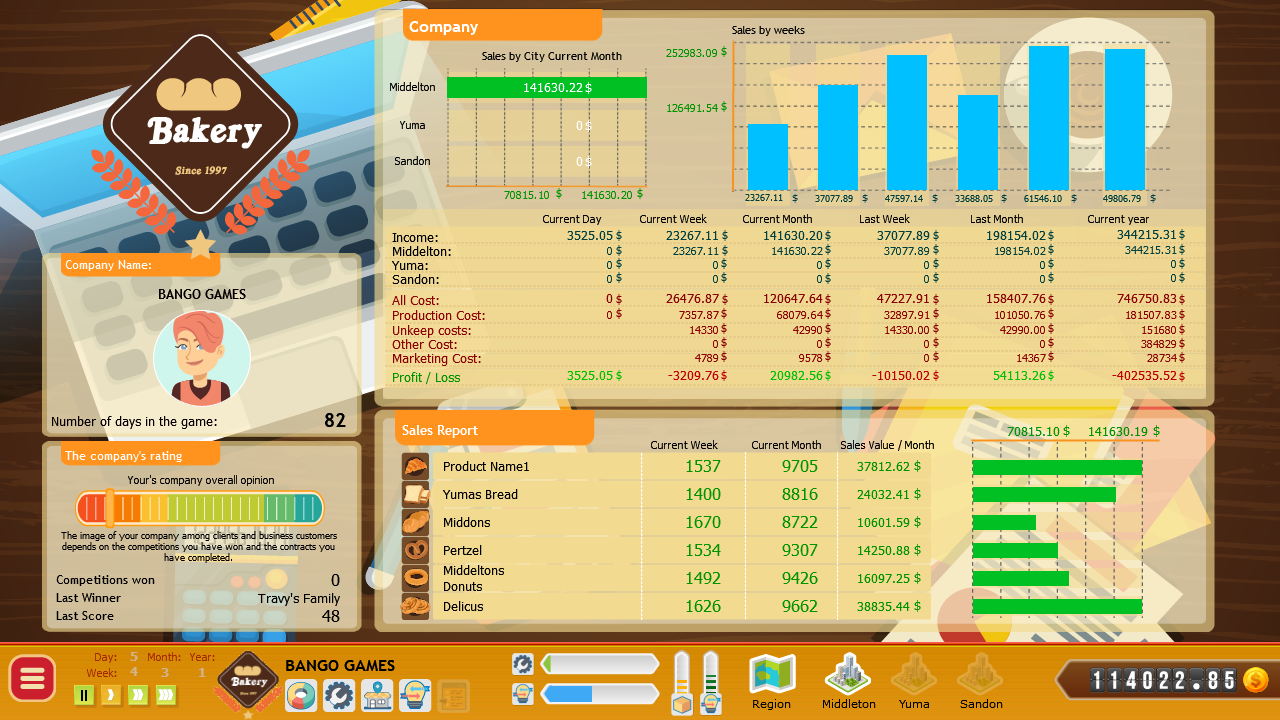 Manage your own bakery and opens stores across cities